The Women's Center Contents News News From Dr. Gearity Flu and Flu Vaccine In Pregnancy Not Tied to Autism 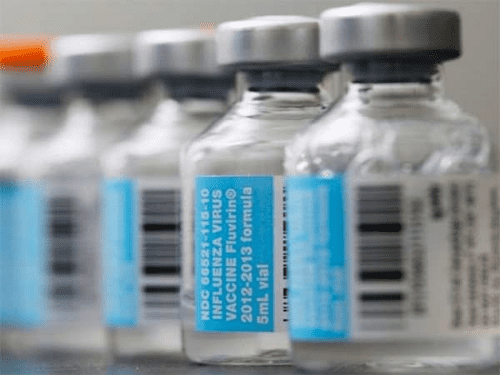 In case you aren't aware, the flu season in the United States is from October to May, with the peak time being in February. Getting an annual flu vaccine is the first and best way to protect yourself and your family from the flu. Flu vaccination can reduce flu illnesses, doctors’ visits, and missed work and school due to flu, as well as prevent flu-related hospitalizations.

Pregnant women who get the flu, or a flu vaccine, are not increasing their baby's risk for an autism spectrum disorder (ASD), a new study suggests.
Researchers analyzed data on 196,929 children born from 2000 through 2010 in the Kaiser Permanente Northern California healthcare system after at least 24 weeks gestation.

During follow-up periods ranging from two to 15 years, 1.6 percent of the children were diagnosed with ASD. Among the mothers of that 1.6 percent, fewer than 1 percent had the flu while pregnant, and about 23 percent had gotten a flu vaccine.

Neither influenza infection nor vaccination during pregnancy was tied to children being diagnosed with ASD, the research team reports in JAMA Pediatrics.

"Our data showed pretty convincingly that there was no association with influenza at any time during pregnancy and autism in the child," said senior author Lisa Croen, of Kaiser Permanente Northern California in Oakland.

"We're not recommending that any changes be made to the vaccination policy," Croen told Reuters Health. "We are encouraging women to get vaccinated to get while pregnant."

Previous studies looking at possible links between influenza during pregnancy and ASD had produced mixed results, Croen and her colleagues note in JAMA Pediatrics. And until now, they add, no studies had looked for links between ASD and flu vaccines, which are recommended for pregnant women.
People with ASD may have social, communication and behavioral challenges that may cause them to interact, learn and behave in ways different from most people, according to the U.S. Centers for Disease Control and Prevention (CDC).

A second study published in the same journal also found no link between vaccines against influenza A (H1N1) - sometimes referred to as swine flue - during pregnancy in 2009-2010 and complications later in life for over 60,000 Danish children.

The results support the overall safety profile of the vaccine, write the researchers, who were led by Anders Hviid, of the Statens Serum Institute in Copenhagen. They support the World Health Organization's recommendations that pregnant women should get a flu vaccine.

While the CDC recommends that everyone over 6 months of age receive a flu vaccine, it's especially important for some people - including pregnant women - who are more likely to experience complications from the virus.

"The flu in pregnancy is dangerous," said Dr. Loralei Thornburg, a high-risk pregnancy expert at the University of Rochester Medical Center in New York. "We know that women who have the flu do much worse and we know their babies do worse."

Pregnant women with influenza may be at an increased risk for premature labor and delivery, according to the CDC. There is also a greater risk of birth defects in their babies.

"There have been a lot of fears about vaccines, but the data suggest they are effective and don't increase the risk of autism and other perinatal complications," said Thornburg, who was not involved with the new studies. "The benefits strongly outweigh and risks or theoretical risks that we've seen."