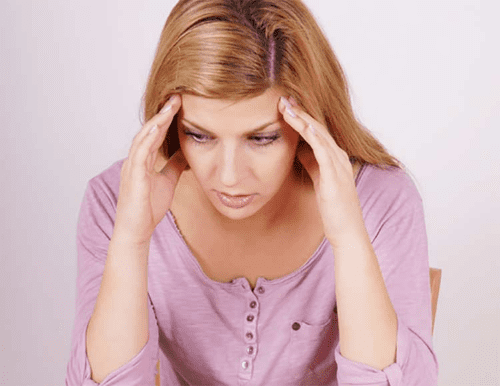 One in four women has had a migraine in their life, and it happens three times more often to women.

In the past migraines were blamed on a woman's inability to cope with the stresses of life. But after years of study, we are starting to become aware of what factors affect women having migraines.

Migraines involve sudden bursts of electrical activity that can often commence in the vision center of the brain. That's why migraines include a "visual aura, the sparkling lights that quite often occur in about 25% of migraine patients.

The brain activity that moves across the landscape of the brain, moves into the area that actually controls sensation. Women can often feel numbness, or pins and needles pins and needles during the migraine event. This also affects language causing dramatic difficulty finding locating the correct word.

The pounding pain of a migraine is thought to be generated from deep within the brain's structure, and some think that sweeping wave of activity is what sets off the pain.

What actually triggers a migraine is nearly as complicated as a migraine itself. Things like sounds, light, smells and activity itself can trigger a migraine and its thought that getting migraines is hereditary.

There is, however, a major trigger that women posses that makes it possible for women to have so many more migraines than men.

Migraines can often be triggered by hormonal fluctuation. Migraines are actually more common in boys than girls until the girls have their first menstruation. Once girls begin to menstruate, and hormones begin to increase and decrease, the number of their migraines begin to trend upward.

The main culprit looks to be estrogen. Other hormones may also be a cause of migraines in women, which is partly why it can be challenging to treat women with migraines.

Some medications can reduce the pain and length of a migraine headache, while others address the frequency of attacks, but the medical community is still not claiming anything like a cure.  50% of all women to fall victim to migraines and report treatment isn't actually effective for them.

Some people claim that their diet is the biggest influence of how frequently they have migraines. Be consistent. Eat at about the same time every day, and keep a journal of when and what you eat. Being able to track what you eat over a 7 day period can help you possibly reduce your migraine headaches.

The crazy thing about migraines, specifically when it comes to women,  is that the more of them you have, the more likely you are to have another.

Much work is left in the migraine research world, but there has been real improvement on how to treat migraines, and even how to reduce the frequency of their occurrence.

Please let your Women's Center health care provider if you experience migraine headaches. We want to help your life be filled with health and joy, and doing so without the pain and suffering of migraines is a great start! Call us at 407.857.2502 if you would like to schedule an appointment with. We'd love to welcome you into our family!