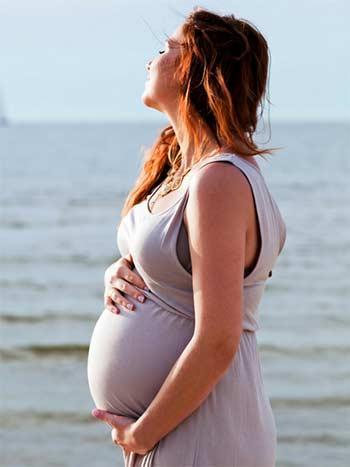 There's a ton of information about what health choices a woman should make if she is planning on becoming pregnant, or is already pregnant. Yet, many women still make the same mistakes when it comes to their health while they're pregnant.

Here are six mistakes that pregnant women make and some simple methods of remedying those errors.

1. Not Considering the Zika Virus to be Serious

According to the Centers for Disease Control and Prevention (CDC), there have been 624 reported cases of pregnant women in the U.S. with evidence of the Zika virus.

Although women have been advised to avoid travel where cases of Zika has been confirmed, women who live in those areas or decide to travel anyway are seemingly still contracting the virus.
It is suspected that women may actually be using the incorrect type of insect repellant, or none at all. Pregnant women and those considering becoming pregnant should use insect repellant with DEET. It' also recommended that they spray the repellent on their clothing rather than directly on their skin. It's also highly recommended that if their sexual partner has traveled in an area where Zika is being confirmed then condoms should be worn during sex, or abstinence should be considered.

2. Not Managing What They Eat Well

Almost half of the women that become pregnant gain more than the recommended amount of weight during their pregnancy. That can create all kinds of health risks and certainly can make the post-birth dieting much more challenging. Quite often women think that it's acceptable to double the number of calories while pregnant because they're "eating for two," but that's not correct. Women who are overweight during pregnancy have an increased chance of miscarriage, stillbirth, premature birth, challenging deliveries, gestational diabetes, high blood pressure, and sleep apnea. Infants born to obese mothers are also more likely to have birth defects and be obese themselves later on in life.

If you’re carrying more than one baby (twins or multiples), or you were already overweight when you became pregnant, please speak to your doctor about a nutrition plan that’s correct for you.

Unless your doctor has told you that there’s a medical reason why you should refrain from having sex, then there’s no reason to stay away from it. If your pregnancy is heading toward full-term, then sex may actually "assist" in the labor for a number of reasons.

It’s important to avoid lying flat on your back because it can place pressure on the vena cava, which is a vein in your bloody that supplies blood to the heart.

Who are pregnant often are leery of having any vaccinations. That often includes the seasonal flu shot because of concerns over whether it is safe. Yet vaccinations are the most efficient method of avoiding the flu, which pregnant women are at risk for. Here's a bit of data however that should be considered when contemplating whether to get vaccinations or not while pregnant. Infants of mothers who receive the flu vaccine in the third trimester are 33 percent less likely to be hospitalized for respiratory illness in the first six months after they’re born.

To make sure you exercise safely, discuss your exercise plans and regiment with a Women's Center healthcare provider. Every individual is different, so an exercise plan that best fits you and your pregnancy is best to be talked about while you're pregnant.

6. Ingesting Too Many Vitamins

Prenatal vitamins, when taken in the correct amounts and with the correct frequency are a very important part of pregnancy health and the health of your growing baby, but loading up on extra vitamins and over-the-counter herbal supplements can actually pose a risk to your baby. Discuss this with your healthcare provider at The Women's Center of Orlando. Nutrition and nutritional supplements are part of what we discuss with our patients, and with all of the information available online these days pertaining to nutrition, you need to know what is best for you and your baby.

If you currently don't have an Obstetrician and you are considering becoming pregnant or are already pregnant, call us at 407.857.2502 or make an appointment request here.