Women Face a Higher Risk of Strokes Than Men


What is Stroke?
Stroke is a disease that affects the arteries leading to and within the brain. It is the No. 5 cause of death and a leading cause of disability in the United States, and women face a much higher risk of stroke than men.

A stroke occurs when a blood vessel that carries oxygen and nutrients to the brain is either blocked by a clot or bursts (or ruptures). When that happens, part of the brain cannot get the blood (and oxygen) it needs, so it and brain cells die.

What are the effects of a stroke?
The brain is an extremely complex organ that controls various body functions. If a stroke occurs and blood flow can't reach the region that controls a particular body function, that part of the body won't work as it should.
Learn more about how a stroke affects the brain. 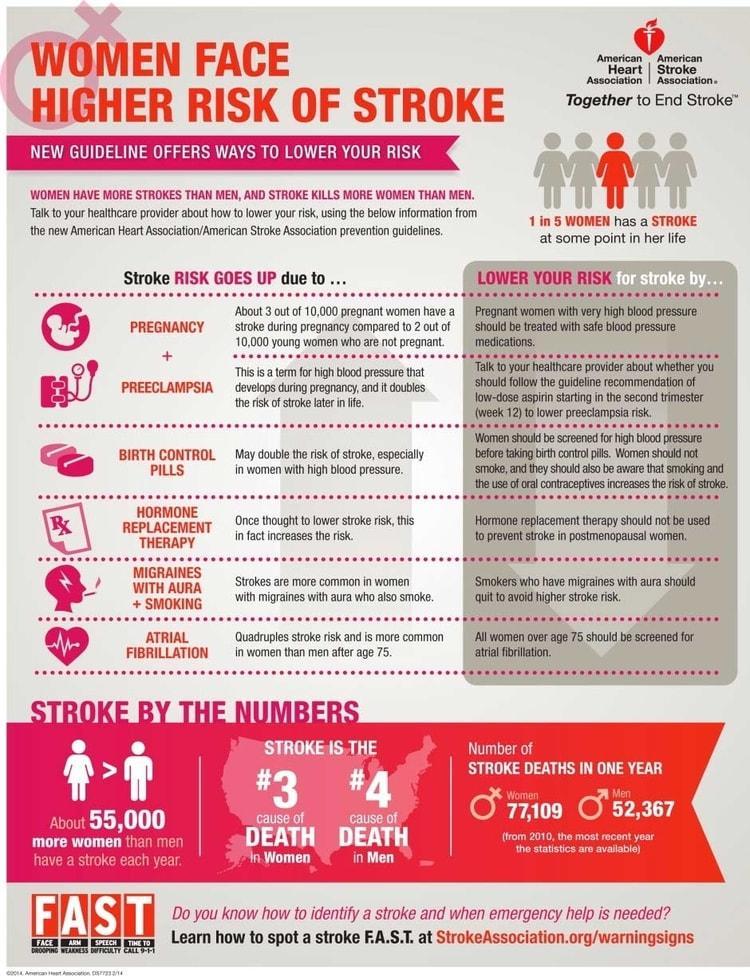